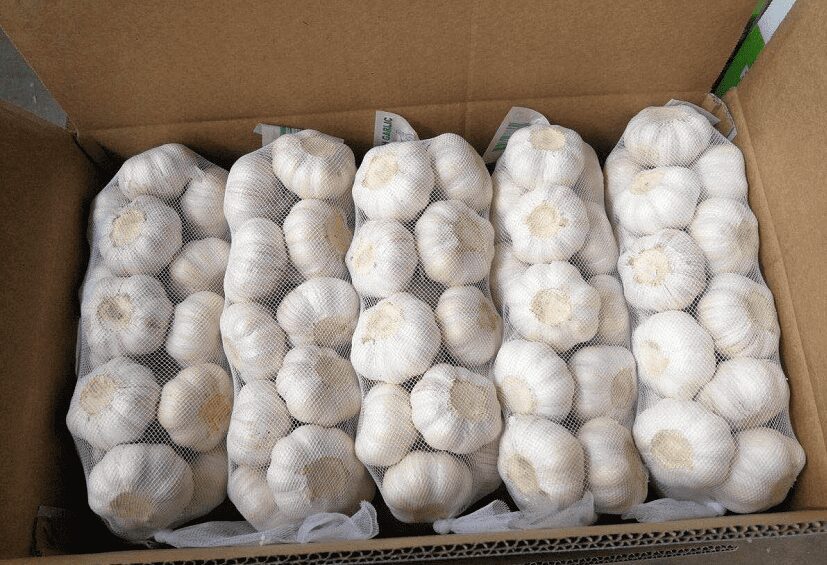 An Introduction about Garlic Exporter:

"GEO Exporting " is one of the leading garlic exporters from Egypt, as we export in compliance with European food hygiene standards and standards by not containing pesticide residues.

In Egypt, there are many varieties of garlic, including local Chinese garlic, garlic, and strains 40 and 41 and the sixth derivatives of these two strains of Chinese garlic are excellent strains and export specifications, varies depending on the history of agriculture, several factors.

Worldwide garlic exports by country totaled US$2.8 billion in 2019.

Remarkable for its sharp and pungent taste resembling horseradish or minced onions combined with chives, garlic is a popular seasoning ingredient.

Raw or cooked garlic cloves are also used for medicinal purposes in many cultures.

From a continental perspective, Asian countries sold almost three-quarters (72.6%) of the world’s exported garlic during 2019 with shipments valued at $2 billion.

In second place were European exporters at 19% while 6.1% of global garlic shipments originated from Latin America excluding Mexico but including the Caribbean.

For research purposes, the 6-digit Harmonized Tariff System code prefix for garlic is 070320.

Below are the 15 countries that exported the highest dollar value worth of garlic during 2018.

Top Exporter By Us Dollar

Below are the 15 countries that exported the highest dollar value worth of garlic during 2019.

Among the top exporters, the fastest-growing garlic exporters since 2014 were:

Those are famous words from the ancient Greek physician Hippocrates, often called the father of Western medicine.

He actually used to prescribe garlic to treat a variety of medical conditions.

Modern science has recently confirmed many of these beneficial health effects.

Here are 11 health benefits of garlic that are supported by human research.

Garlic is a plant in the Allium (onion) family, It is closely related to onions, shallots, and leeks. Each segment of a garlic bulb is called a clove. There are about 10–20 cloves in a single bulb, give or take.

Garlic is a calorie nutritious incredibly, One clove (3 grams) of raw garlic contains (5):

Garlic also contains trace amounts of various other nutrients. In fact, it contains a little bit of almost everything you need.

3. How Garlic Fights Colds and The Flu?

Garlic has been used for centuries as both a food ingredient and medicine, In fact, eating garlic can provide a wide variety of health benefits (1Trusted Source).

4. View some studies on garlic as a healthy food